Got camera snappy yesterday - although am wishing I used hubby's posh camera - his Canon Digital SLR.  I mainly use his Fuji Finepix - especially when snapping whilst cooking and my hands are far from clean and dry!

Anyhow, he had a bath yesterday afternoon after a messy nappy change and he just loves the hairdryer!  Couldn't resist the urge to capture his movements!  Then once dressed he was ready for his milk and looked positively adorable - like butter wouldn't melt!  When he locks his deep dark eyes on you whilst being fed - that's what makes me melt!  Hope he doesn't remember that trick when he's older and been mischievious! 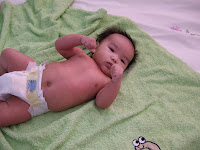 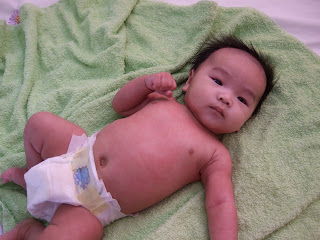 After Minh had dried off (and stopped posing in the warm currents from the hairdryer!) it was time for an afternoon snack.  Still feeding every 3-4 hours, sometimes even 5 hours!  He only gained 6.5 oz in 11 days when he usually puts on around 7-9 oz in a week.  His dad is now trying to fatten him up by increasing his milk from 5 oz to 6-7 oz.  Will take him for another weigh-in next week so we'll see how Minh is then. 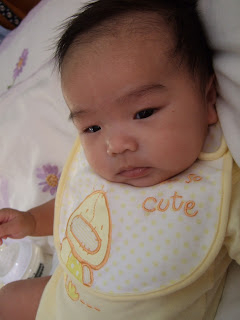 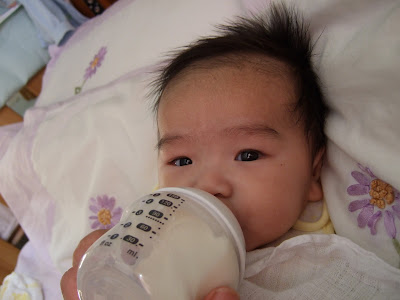 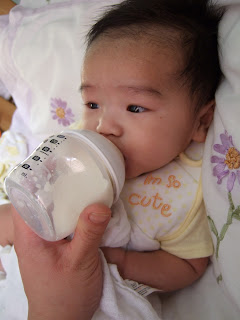 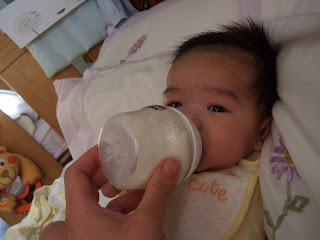 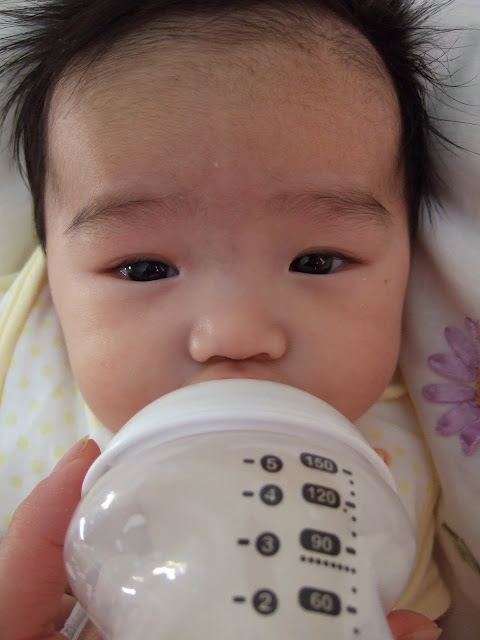 I'm off to attempt to make some macarons - the fancy fiddly french ones.  Don't ask me why - just feel I need to try (and probably fail) these!  Personally, I blame it on far too much blog-surfing and stumbling upon these devillish delights!  How can you not resist after that?!?  Wish me luck, I hear they are notoriously difficult to get right!
Posted by PlumLeaf 李葉 at 6:35 pm